A.  Take a Swim in the Pond of Tomorrow
Pasted from <http://jumpthecurve.net/other/take-a-swim-in-the-pond-of-tomorrow/&gt;

One of my favorite stories about the power of exponential growth is a story about the pond and the water lily, and it can help anyone that needs to be jolted out of their current—or what I called their linear—mode of thinking.

Imagine a small pond that sprouts a single lily on June 1 and doubles its number every day for a month. Further assume that the lilies of are such a size that at the end of the month the entire pond is covered with the pesky plants.

Under such a scenario what percentage of the pond do you imagine would be covered on June 20th—or two-thirds of the way into this exercise? One percent? Five percent? Ten percent? Perhaps higher?

By Day 20, lilies cover roughly 0.01 of the pond—a wee one-tenth of one percent.

What transpires in the next 10 days, though, is nothing short of transformational.
Here’s the math (some of the numbers have been rounded slightly):

I recount this story because it reveals a common misunderstanding about exponential trends.
•  In the beginning, most people don’t even recognize the trend as exponential. For instance, a single lily growing to cover one-tenth of one percent of a pond hardly seems noteworthy, let alone deserving of special attention. The lily pads wouldn’t even become a nuisance until about day 25 when they were found accumulating near swimming areas or over prime fishing locations.
• The problem with this negligence is that it can cause people to ignore or dismiss some very big and significant trends. All the while exponential math continues to work its inextricable magic.
• Unfortunately, all too often, by the time people finally do grasp how fast things are progressing–say on Day 28 of the pond example–and hope to either capitalize on its explosive growth or, alternatively, avoid being overwhelmed by its growing power, it is too late.
.
Here’s the point:
The forces approaching from,
1) world population,
2)  the energy production decline from Peak Oil,
3)  exhaustion of easily reached natural resources
4)  the power of computers,
5) data storage,
6) the sequencing of the human genome,
7)  brain scanning,
8) artificial intelligence,
9) genetic algorithms,
10) robotics,
11) nanotechnology, and
12) knowledge itself,
have been, and are all continuing to advance at astounding rates; yet, today, their effects cover only one-tenth of one percent of the proverbial pond.

It is essential, therefore, that the “Exponential thinker” realize that today as being the metaphorical equivalent of “Day 21-25” in the pond analogy. The really big developments/hardships/changes are still a few years off in the future, but they are coming fast and the time to begin preparing yourself and your family for this– is now.

Exponential growth, lily pads, Peak Oil, food supplies, population levels
<http://209.205.95.211/joomla/green/index.php/planning/157-are-we-smarter-than-yeast>
Problem: Any strategy that assumes the continuation of growth as measured in rates of return – anything, that is, with a percentage attached – runs into the lily pad problem. ie, interest rates, growth of the GDP (Gross Domestic Product),  human population growth numbers, the rate of decline in oil discoveries and petroleum production…

Metaphorically, the planet is the pond, and humanity the lily pad upon it. We assume we can continue doubling in population, consuming resources in ever larger amounts, basing our economies on consistent growth, stimulating them when they falter and in doing so, elevate everyone to a quality of life based on their quantity of consumption.

Consider Peak Oil
January 7, 2012, by, Mr. Larry
The power of exponential growth lulls us into complacency, because we tend to think in arithmetic – linear terms.
√  By 1914 petroleum began to be used extensively in industry and increasingly so in transportation.
√  We reached a plateau in oil production around 2005, but fortunately, due to a lingering world recession, have  remained on a broadening plateau through 2011.
√  During this last 97 to 100 year period of global oil extraction (from 1914-2011), we have moved from the beginning of the era of industrial petroleum use, to its peak production.

Now, let’s switch from the metaphor of  exponential lily pad growth on a pond, to our exponential extraction of  the global non-renewable petroleum supply.
Recall that with exponential lily pad growth, a pond might be filled with lily pads in 30 days, but until about Day 24, or Day 25,  since there were so few lily pads visible, no one would be concerned or alarmed by their expansion. Immediately after the  lily pads were found to have become a nuisance, their numbers and effects would continue exploding exponentially and in a very short time would overwhelm any reasonable efforts to constrain their growth.

Thinking arithmetically, it seems it would take another hundred years to finish using the oil, but in real life, the exponential growth in wide spread oil use will be essentially finished in ‘5 days.’ We are already seeing diminishing returns in oil production investment, which will grow much worse within the next 5 calendar days’ or, 20 oil use years  (5 calendar days x 4 oil use years per calendar day).

The world’s petroleum supply will have basically reached its industrial end point for transportation purposes, by the year, 2032 (20 oil use years + 2012 current calendar year).

BY 2032, not in 2032 and not after 2032, BY meaning BEFORE; after that we will be walking more and using other forms of  time-consuming, less desirable, and more costly transportation.
As we are more deeply enveloped by the wall of the impacting energy storm, you will find that compounding the difficulty of meeting the post peak oil transition – will be your age,

•  If you are currently 15 years old, you’ll be 30 in the late 2020s and wondering  how you’re going to  afford a home of your own.
•  If you’re 30 years old now, you’ll be middle-aged then  and concerned over future prospects for you retirement. There won’t be a Social Security net, nor the ability to earn and save  the required sum of money in an exponentially declining global economy.
•  If you are the typical 67-70 year old in the late 2020s and have just retired, or been phased out of your job, times are going to be difficult. Today, if you depend on Social Security benefits for your much of your livelihood, and most of us do, then you pretty much  live ‘hand to mouth’; this sorry state of affairs will be exacerbated by the mid to late 2020s and carry on through the rest of your life.

After the current European economic crisis and our own financial difficulties, global economic fortunes are likely to remain choppy, without returning to previous  long-term, real improvement.
.
Toward the end, in the 2020s, it will be too late to navigate a satisfactory change in family finances.
From 2012 forward, gasoline prices and everything that is transported to your local retail store will see prices increases, availability (quantity) will decline along with quality. The process has already begun.

Please watch for and read the four articles subtitled, (Survival manual/2. Social issues/___: Death by 1000 cuts). If they are not all posted by the time this Exponential Growth post becomes active, check back, they are in the works.

The global and national economic system will become increasingly unstable during each of the next few years,  making  appropriate family investment decisions will become more difficult,  at the same time there will be less personal and national resources to apply toward those decisions and solutions.

All consumer goods will rise in cost, because of;
1) price inflation – due to national, public and private debt and a declining currency;
2) and real price increases – due shortages and difficulties at the mining, production, farming end;
3)  the post peak oil cost of manufacturing, farming, storage and packaging, and;
4) the fuel transportation cost of bring those goods from locations around the North American continent and elsewhere in the world, to your local store.

“The greatest shortcoming of the human race is our inability to understand the exponential function.”- Dr. A. Bartlett, physicist.

A 30 Day Graphic Showing Exponential Growth: The Lily Pad metaphor
(for what seems the longest time, there is no change, no threat, all seems calm, peaceful, normal, and then…)

.
Now, using the graphs below to further illustrate the message of exponential change:
Graph 1: By 2030 we’ll be about 1/5 the way down the back side of global oil production from the current peak plateau.
Graph 2: Note in World Food Index vs Brent Oil Price that food prices rise in tandem with oil prices. As petroleum products (gasoline) rise in our immediate future and into the thereafter, food prices will rise as well. 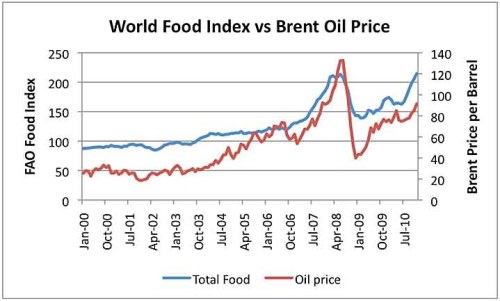 [Graph 3. Look at what has happen to population since roughly 1900.  Population growth exploded  exponentially with improved understanding of public sanitation, cheap energy and abundant, cheap food– a free lunch that will be diminishing, exponentially .

Graph 3 &  Photograph 4: We have  a world population of 6 billion people and are facing an exponential decline in petroleum, the non-renewable energy resource that has fed, clothed, housed, and made this civilization mobile.
Petroleum has given us a large part of our suburban living, skyscrapers, mass production, urban areas, international trade, fast foods and enjoyable weekend dining experience at local restaurants, it has given us 50 inch televisions, personal electronic gadgets, pharmaceuticals, extensive health care, and allowed us to travel to distant areas to visit and on vacation…

It’s not easy to eliminate a lily pad infestation from a lake without killing off or seriously setting back the other aquatic (individual plants and animals) species that live in the lake.
How will you, your children and grandchildren fare? You need to ask this of your self and look for solutions as we go forward.
.
Bringing this post to a close, I’ll leave you with the thought, ‘Where we stand today’, which will answer what is being done nationally and globally to prepare for the downside of peak oil and related effects.

Where we stand  today:
A physicist, a chemist, and an economist are shipwrecked on a deserted island. Starving, they find a case of canned pork and beans on the beach. But they have no can opener. So they hold a symposium on how to open the cans. The physicist goes first:
“I’ve devised a physical solution. We find a pointed rock and propel it at the lid of the can at, say, 25 meters per second–”
The chemist breaks in:
“No, I have a chemical solution: we heat the molecules of the contents to over 100 degrees Centigrade until the pressure builds to–”
The economist, condescension dripping from his voice, interrupts:
“Gentlemen, gentlemen, I have a much more elegant solution. Assume we have a can opener…”

In this last decade or so, before the exponential decline in our civilization’s petroleum supply becomes obvious and moves center stage as a public issue, use your time and finances wisely. It takes years for global processes to unfold; KNOWLEDGE is your fulcrum, TIME is your lever. No one is looking out for you, you’re on your own.