When the grid goes down, be ready!

(Survival manual/ Prepper articles/ When the grid goes down, be ready!)

A.  When the Grid Goes Down, You Better Be Ready!
4 Feb 2012, SHTFplan.com, contributed by Tess Pennington
Pasted from: http://www.shtfplan.com/emergency-preparedness/when-the-grid-goes-down-you-better-be-ready_02142012

The article has been generously contributed by Tess Pennington of Ready Nutrition. After joining the Dallas chapter of the American Red Cross in 1999 Tess worked as an Armed Forces Emergency Services Center specialist and is well versed in emergency and disaster management & response. You can follow her regular updates on Preparedness, Homesteading, and a host of other topics at www.readynutrition.com. 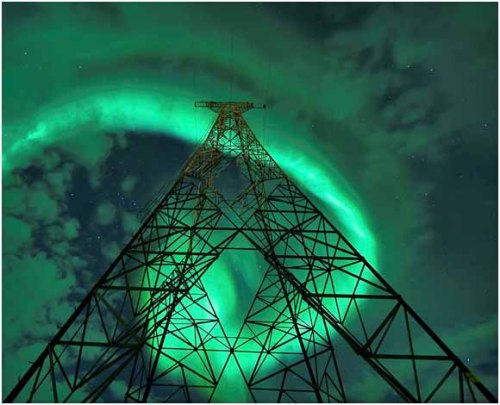 It is a fact that our country is more reliant on electrical power today than at any time in its history. Our way of life – from everyday conveniences and the security of local emergency services to commerce and communications – is contingent upon an always on, always available flow of electricity. But an aging infrastructure coupled with a rise in natural and man-made disasters threatens our entire modern-day digital infrastructure. According to many experts from the private and public sector, we’re just one major catastrophic event away from a complete meltdown of life in America as we know it today.

So, what happens if and when the grid goes down for an extended period of time? Aside from the aggravation of not being able to determine what is happening through traditional media channels, for the Average Joe, his problems have only just begun. Our dependency to the grid doesn’t just stop at lack of electricity in our homes to power our appliances or an inability to charge our cell phones; it is much broader and affects every aspect of our lives.

We are regularly inundated with news reports covering outages that last several days or weeks resulting from inclement weather like snow storms or hurricanes, or heat waves in southern states that threaten to overload the system. During those times, when entire metropolitan areas or regions experience black outs, we get a glimpse into what a truly widespread emergency might look like. It is often the case that the first thing residents of affected areas do is rush to grocery and hardware stores hoping to acquire critical supplies like food, water, batteries, flashlights and generators. And while these supplies acquired at the onset of crisis may provide short-term sustenance, any long-term grid-down situation that lasts for many weeks or months will prove dangerous, and perhaps fatal, to the unprepared.

[Enemy nation or organization launches small nuclear explosive into near orbit from several hundred miles off an US coast. The crude weapon’s EMP knocks outa third to half of the United States power grid. The damage to grid infrastructure causes a several month nation-wide power outage, followed by severe widespread brownouts, extreme national unemployment, a hunger crisis, enormous climate related death count, and several years continued privation until the transformers are rebuilt overseas, shipped to the US, installed and tested and brought on-line.]

Consider, for a moment, how drastically your life would change without the continuous flow of energy the grid delivers. While manageable during a short-term disaster, losing access to the following critical elements of our just-in-time society would wreak havoc on the system.
•  Challenges or shut downs of business commerce
•  Breakdown of our basic infrastructure: communications, mass transportation, supply chains
•  Inability to access money via atm machines
•  Payroll service interruptions
•  Interruptions in public facilities – schools, workplaces may close, and public gatherings.
•  Inability to have access to clean drinking water

Neil Swidey, in his article What If The Lights Go Out?, indicates that the grid may be ill-equipped to meet all the enormous challenges it faces in this day and age.

The last widespread outage in the Northeast, the great blackout of August 2003, showed how intimately interconnected and alarmingly fragile our power grid is. How else to explain the way a problem starting in northeastern Ohio quickly cascaded into a blackout affecting 50 million people across the northeastern United States and parts of Canada? How quickly? Between the moment a power surge came rushing out of Ohio and the moment Manhattan began to go dark, exactly 10 seconds had passed.
..
If our society is more reliant on power than at any time in history – without it, we’ve got no commerce, no communications, no clean water – and if power becomes less reliable in the future, the big question is: Will we be able to hack it?
..
THE TROUBLE with the future of power isn’t that there is one big problem that could croak us. It’s that there are a host of them, any one of which could croak us.

Neil Swidey has grouped these potential grid-down antagonizers into three categories:
1. Extreme Natural Disasters
This includes earthquakes, hurricanes, snow storms, thunderstorms as well as massive solar storms that have the potential to seriously damage the electrical grid. You don’t think it could happen? In the article provided above, the author states, “It took just 90 seconds for a 1989 solar storm to cause the collapse of the Hydro-Quebec power grid, leaving 6 million Canadians without power for up to nine hours. A 2008 NASA-funded report noted the risk of significant damage to our interconnected grid in light of the forecast for increased solar activity. The 11-year solar cycle is expected to peak in 2013, and just two weeks ago we saw one of the biggest solar-radiation storms in years.

2. Acts of Terrorists
This category includes, but is not limited to a physical attack on the bulk power system, either at its source of generation or somewhere along its transmission route, cyber attack on the computers controlling our interconnected grid, electro-magnetic pulse, or EMP, weapon. Have you read One Second After by William R. Forstchen? EMP’s will create long-lasting damage that would incapacitate electronic systems across the country and forever change our way of life. Cyber-threats are another concern and someone with serious hacking skills could easily take out computers, networks or information stored therein to cause lasting damage to our way of life.

3. The Ailing Grid
Our ailing power grid is almost as sick as our failing economy. With one malicious event, be it man-made or by natural means, it is down. Swidey compares the grid infrastructure to being as old and stooped as a pensioner. As it is upgraded and its capacity is expanded, our rapacious need for more electrical power races to max it out once again.

A wide-spread emergency, such as a massive power surge, solar flare or rogue electromagnetic pulse (EMP) detonation have the capacity to render our entire power infrastructure useless. Transformers and other key elements on which the grid depends could be permanently damaged as a result of massive electric surges.

In an event such as this our immediate problem will be finding a way to order, manufacture and take delivery of the components needed to replace the faulty ones. Most of the parts made for our electrical grid are made in China – and many are decades old. According to Congressman Roscoe Bartlett, who recently warned people to get their families out of major cities because of concerns about the stability of the grid, it would take months to get the parts shipped to this country and replaced.

During the outage, millions would be adversely affected, with some like Frank Gaffney, president of the Center for Security Policy, suggesting that within a year 9 out of 10 Americans would be dead from starvation, disease and violence.

Ladies and gentleman, if there’s one thing that can cause the veritable “S” to hit the fan, this is it.
So how do we remedy and/or prepare for a grid down scenario? Think retro – like pioneer retro- and by that we have to go way back to when we were not so dependent on the luxury of on-demand energy in its various forms. When preparing for a grid-down scenario, we must comprise different contingency plans for short-term and longer-term issues. That being the case, we have to admit to ourselves that it could last longer than we expect and much more than just a minor inconvenience. Therefore, the best way to prepare is to start with your basic needs. That is the need for light, heat, water, and food. Some preparedness items to stock up on are:

The vulnerability of our grid is nothing new to preppers. Some have seen this problem coming for a long time and changed their entire ways of life by going off-grid. They have found alternative sources such as solar, wind and diesel to power their homes and machinery. A majority of us, who have not gone off-grid, are making a concerted effort to avoid dependence on this ailing infrastructure and preparing for life without it. That being said, all we can do is stay the course, prepare accordingly and continue on.

B.  Some Of The First Preps To Disappear
30 January 2012, ModernSurvivalBlog.com, by Ken (MSB)
Pasted from: http://modernsurvivalblog.com/preps/some-of-the-first-preps-to-disappear/

Following the onset of a regional (or wider) disaster, if and when it becomes known that the disaster is going to last for a week or more, many or most items will disappear from store shelves. It is a given that food of all varieties will be one of the first things to go. But apart from that, here are just a few of the many other items that may disappear sooner than others, given their importance or impact on daily living in today’s modern world.

While there are so many supplies and items that we all use over a period of time, these struck me as potentially some of those that will be in greater initial

demand and may be hard to find once TSHTF.
It may be a good idea to procure some extras of these items now rather than later, assuming that you could use any of them following a major disaster
Be Prepared.