Is an EMP – nuclear attack on the USA imminent?

(News & Editorial/ Is an EMP – nuclear attack on the USA  imminent?)

A.  Report: “Intelligence Says There Will Be An Attack on American Soil”
8 April 2013, SHTFpnan.com, by Mac Slavo
Pasted from: http://www.shtfplan.com/headline-news/report-intelligence-says-there-will-be-an-attack-on-american-soil_04082013 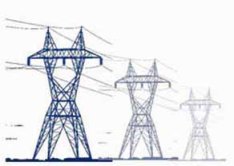 Tensions on the Korean Peninsula are heating up, with rhetoric from the North Koreans suggesting that an attack of some kind is being planned. This isn’t the first time the North Koreans have made threats against western powers and their southern neighbor, but the level of American response is unprecedented. The United States and our allies have re-positioned Naval battle groups, deployed Aegis missile defense systems, and a host of other technology to counter-act any potential threat.

Military analysts have already warned about the possibility of North Korea exploding a high altitude nuclear device high above the continental United States using a “Super EMP” weapon capable of disabling the power grid in the lower 48 states. The North Korean space launch vehicle, a ‘weather’ satellite put into space in December of 2012 and carrying an unknown payload, will be passing over the geographic heart of the United States on April 10th. Curiously, the 10th is the same day that North Korean officials warned they would no longer be able to provide protection for foreign embassy officials in Pyongyang.

Moreover, the North Koreans are said to have mobilized some of their long-range missiles, and communications intercepted by Western intelligence agencies reportedly indicate that a planned launch of their KN-08 intercontinental ballistic missile is imminent.

The situation has become so serious that the Japanese military was given the order to shoot down any missile launched from the North, no matter if it is a test.

Reports that China has mobilized tens of thousands of troops on their border with North Korea and has put their military on its highest alert level also don’t bode well for peaceful resolution. The Chinese seem to be positioning their military to either counter North Korea’s military, turn back refugees who  may attempt to escape to China should war break out, or, as has been suggested by some analysts, to aid the North Koreans should Allied ground forces invade.

Mainstream news coverage indicates that something is about to go down.

And, slowly but surely, reports from military personnel and contractors on military bases are starting to leak, and some of them indicate that the United States is preparing for serious confrontation.

They are gearing up for something big via Steve Quayle:
“I just spoke with a close associate who has been working for the last three years at Barksdale Air Force Base, on various construction projects… This man is just a guy…a construction worker…been there all his life…salt of the earth kind of guy. In his words…”I am just a working man…doing the best I can do.”
…
Tonight, he called to let me know that the security and activity at Barksdale has been stepped up in his words, “by 300%”.

I asked as many questions as I felt that I could and took notes so that I could simply use his quotes to accurately report what he has stated.

“We were working on a scheduled job in the munitions dump area…building new blast walls, when AF personnel came in and told us we had to leave right now. We asked if were being given a “work stoppage order.” They replied “Get out now.” and escorted us out. “More like they rushed us out.”

On April 1, AF Chief of Staff and a bunch of other DoD dignitaries flew in to Barksdale. Those coming on the base usually have a sidearm and maybe a rifle, but since the 1st, “dignitaries are also wearing flak jackets.”

“They are gearing up for something big.”

“They are bringing in serious junk.”

“Moving in warheads…I was working in an area where cruise missiles are brought in, put together, armed, and shipped out.”

His exact words were, “They are shipping some serious s*** over there.”

(Here I tried to ascertain whether these were going on ships or planes.)

He replied that “they are going everywhere.”

He also stated that “they dropped a bunch dummy bombs on some islands off the coast of North Korea”..(I just read a confirmation of that from an intelligence newsletter, and confirmed by WND an hour ago.)

I asked him if Chinese officers were still on base. He replied that he had not been working in the area in which he first saw them, for the last three weeks, but he did say this…

“The Chinese and the Russians are here…let me put it this way…everybody in the UN plus a few more are in here. (U.S.)”

He heard and directly quoted one officer referring to the testing of anti-ballistic missile defense system, “We are going to see a real test, now.” He then said that he heard “Intelligence says there will be an attack on American soil.”

He then stated that these defense missile systems were ” being shipped to several bases.”
(Full article located at:   http://www.stevequayle.com/index.php?s=33&d=339

Our sources report that military personnel at the largest Army base in the country have been instructed by military leaders to have their bags packed in the event that the situation goes hot. Troops have reportedly been told to have their financial affairs and family matters in order. Likewise, in the United Kingdom, some personnel have been asked to be prepared to deploy, as well as several who were deployed (location unknown) without warning over the course of the last week.

All signs point to a military confrontation.

Whether North Korea will start this, or whether Western allies are finally going to preemptively initiate regime change in the North is anyone’s guess.

There is also the possibility of a ‘false-flag’ event designed to completely upend the global economic and political paradigms, a scenario recently suggested by Kurt Nimmo of Infowars.com:
“The Federal Reserve plan to crash the economy and make room for world government and an authoritarian globalist economic and accompanying police state control system will necessitate a sufficient prerequisite – and that prerequisite may very well be a new war on the Korean peninsula.

Economic depressions are highly scripted affairs and the banksters use them to initiate big wars – not only because wars are remarkably profitable for the military-industrial complex, but because they serve as an ideal tool for wealth consolidation and fire sales held in their aftermath. Big wars are also exploited to enforce rigid discipline on the masses. It gives the plebs an excuse to accept grinding poverty and servitude.”

To even consider the possibility of global war, or a large-scale attack on the continental United States, is a difficult notion for many to stomach.

However, members of elite banking conglomerates, the military industrial complex, and political power structures stand to benefit greatly should a war break out.

There are Trillions of dollars at play.

“War is a racket. It always has been. It is possibly the oldest, easily the most profitable, surely the most vicious. It is the only one international in scope. It is the only one in which the profits are reckoned in dollars and the losses in lives.”
……….Smedley D. Butler, United States Marine Corps Major General, Two Time Medal of Honor Recipient

Though we hope that this is nothing more than posturing by North Korea and/or the United States, crazy things have happened throughout history, with some of history’s most horrific events stemming from seemingly unimportant or impossible-to-occur scenarios.

This is an alert and a recap for those concerned with the possibility that things could take a turn for the worse overnight.

Be vigilant. Be prepared.

Given the recent nuclear threats from North Korea directed at the United States, the satellite orbital map shown above indicates the track of the KMS 3-2 “satellite” this week from Apr 8 – Apr 16, which coincidentally just so happens to orbit along the eastern half of the U.S.

No one knows for sure of course, but people like Dr. Peter Vincent Pry with credentials from the USAF Weapons Laboratory believes that North Korea indeed may have the capability or may even posses Super-EMP nuclear weapons. See article at: http://modernsurvivalblog.com/emp-electro-magnetic-pulse/north-korea-super-emp-weapon/

On December 12, 2012, the Kwangmyongsong 3-2 (KMS 3-2) was launched into space on a polar orbit, and is said to be an “Earth observation satellite”. The satellite was not placed perfectly and is evidently tumbling every 17 seconds while it orbits the earth. From an EMP nuclear weapon perspective, the tumbling is apparently irrelevant.

The altitude of orbit is approximately 500 km, or about 300 miles, the perfect altitude for EMP detonation for maximum range and damage. Coincidence?

If U.S. ‘officials’ knew or suspected this, do you think they would tell us? I think not.

It is pure speculation regarding the North Korean satellite being a Super-EMP weapon, and some may believe it to be conspiracy to even mention the possibility… but it is incumbent upon us to be aware of the possibilities and to assess (and to prepare according to corresponding risk assessment) instead of being completely ignorant or in denial.

I have captured the orbital elements and base map of this week’s position of KMS 3-2 from the real-time satellite tracking website, n2yo.com, and added the dates and visualization of detonation. Coincidentally, as most of the U.S. population is east of the Mississippi River, optimal damage (from an EMP on this orbit) would theoretically occur anywhere from mid to late week or into next week.

Again, this is hypothetical, but if you are concerned at all, read the Super-EMP article regarding North Korea which may shed some light on the possibilities. Article available at: http://modernsurvivalblog.com/emp-electro-magnetic-pulse/north-korea-super-emp-weapon/